On the Issue of Achievement Gaps

Each individual has a sensory learning style that allows for optimum absorption and processing of knowledge based on the connection to the student’s auditory, visual or tactile centers of the brain. This is the key to bridging learning gaps. To foster accelerated learning, and allow students to ‘catch up’ to higher performing peers in their age group, the system has to organize classes based on learning style and then teach to the learning style with state-of-the-art methods.

DCPS should launch a pilot program to implement small group learning aimed at developing individual creativity and love for knowledge. Methods used in independent schools may be effective at fostering accelerated development. Use of the Harkness Table, for instance,is a method in which an oval table seating 11 students is the centerpiece of a classroom. Students are involved in a collaborative discussion of material and the teacher demonstrates how to learn as well as what to learn. Early childhood implementation of this system could revolutionize classroom experiences for our children.

Our broadcast discussion on 12/20/2012 touched on a description of the social and psychological challenges inherent in being smart. We have arrived in the era where fostering a new urban value system that embraces exceptional school performance requires us to confront the hard issues arising from the definition of what it means to be ‘cool’ or acceptable within the social peer group. Is it safe to be smart in the African American community? Do we value learning to the same degree as our peers in other groups? Are we really cognizant of how lack of education plays into limited life choices later on? Who gets to start this dialogue and what are the potential pitfalls? Do we have the courage to ask the questions, and will God help us face the answers? 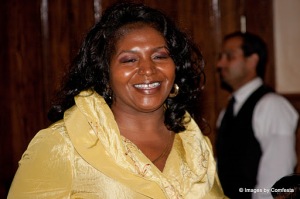